Over the past nine months, the only strategic current running consistently through President Donald Trump’s agenda is trashing his predecessor’s legacy.


President Donald Trump is erratic. He employs tactics, but no strategy: a rally in Alabama and subsequent Twitter storm castigate kneeling NFL protesters; he reprimands his Secretary of State, or tells transgender Americans that they can’t serve in the military; he bans entry into the United States for citizens of majority Muslim countries; he baits North Korea’s Kim Jong Un. But none of this feels strategic, just something he chose to do that day.

Because there is no apparent ideology underpinning either policies or actions both seem tactical, erratic and without purpose.

Nevertheless, a strategy is informing his larger policy announcements; something that speaks to the vindictive nature of Donald Trump: he is actively, purposefully, and maliciously dismantling every policy achievement of President Barack Obama.

Reforming health care in America was President Obama’s great ambition and signature policy achievement. That he managed to do it while simultaneously dealing with the worst financial crisis since the 1930s, rescuing and reforming the Automobile Industry, and laying the groundwork for the greatest jobs increase in American history speaks to the capacity of the man for action and also to Obama’s real understanding of the absolute necessity for health care reform.

On Oct. 7, 2017, Donald Trump repealed the “Obamacare” requirement that female contraceptives be covered under health insurance provided by companies to their employees. This is the latest part of his desire to ‘repeal and replace’ “Obamacare”. On this issue, he is aligned with his Party. But the Republican Party is currently incapable of achieving this, his goal. So Trump, rather than ‘repeal and replace’ is content with ‘wither and die’ for the moment. Nevertheless, he continues to chip away at it, undermine it and sow uncertainty as to its funding status.

President Obama was not at all averse to deportations. His administration deported more people, predominantly to Central and South America, than any previous administration. But it was an immigration policy based on current legislation. Whenever Obama had the opportunity, he pushed through as much reform as he could. He introduced the Deferred Action on Childhood Arrivals, known as DACA; he used his executive powers to push for an amnesty on all those resident in the U.S. without visas or green cards, an amnesty that would have affected up to 4 million people. The latter failed due to a Supreme Court ruling in 2016. At the time Obama responded thus:

“For more than two decades now our immigration system, everybody acknowledges, has been broken, and the fact that the Supreme Court wasn’t able to issue a decision today doesn’t just set the system back even further, it takes us further from the country that we aspire to be.”

At the first opportunity, Trump repealed DACA in an attack on 800,000 young men and women brought to the United States illegally as children who have known nowhere else. This week marks the last time they will be able to renew their deferred status under the current law.

In 2010, President Obama signed the Dodd-Frank Wall Street Reform and Consumer Protection Act. Dodd-Frank, as it is more usually known, is a set of wide-ranging financial requirements and oversights imposed in response to the 2008 financial crisis. It covers everything from the capital requirements of systemically important ‘too big to fail’ institutions, to credit cards and consumer protection. It has often been seen as heavy-handed and onerous, but one must not forget the severity of the credit crunch and subsequent market crisis. And Dodd-Frank has so far prevented a repeat of 2008.

Trump has repeatedly said that he would ‘do a number on Dodd-Frank’ and by executive order demanded that the Department of the Treasury look at how to regulate the financial industry in a post-Dodd-Frank world. On June 12 they duly issued the report under the direction of Treasury Secretary Steven Mnuchin. Its main purpose seems to be to loosen all regulatory oversight and liberalise financial markets, thus effectively repealing Dodd-Frank.

America has long been blighted by patchy environmental regulation but under President Obama carved out huge new natural wildernesses, 548 million acres of them, that are now protected under federal law. These include huge expanded reserves in the Arctic and the two largest marine reserves anywhere on earth. As well as these immediate successes, President Obama helped negotiate and then committed the United States to the Paris Agreement on climate change.

On June 1, Donald Trump used his executive powers to withdraw the United States from the Paris Agreement. He cited US national interest, that other countries had got a better ‘deal’ in Paris, and that the Agreement wouldn’t ‘matter much’ to the climate, as his reasons. His Administrator of the Environmental Protection Agency, Scott Pruitt, denies that there is a causal link between human activity and climate change, and has committed to repealing things like President Obama’s Endangered Species Act protections. 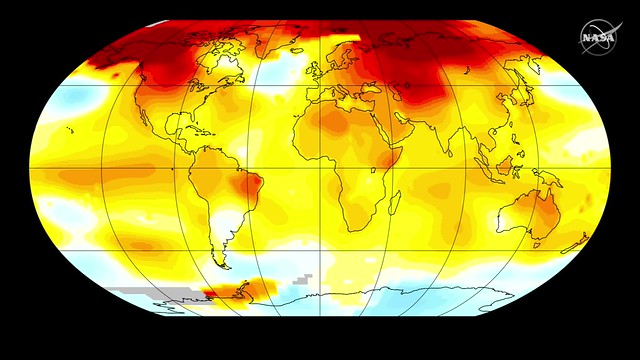 The Trans-Pacific Partnership (TTP) is the world’s largest free trade deal. It is an agreement on trade covering tariff and non-tariff barriers between 12 countries, reduced to 11 after Donald Trump pulled America out of the TPP in January 2107. Its merits at boosting trade have been disputed, and whether American involvement was primarily geopolitical and predicated on isolating China and asserting its own leadership in the region, is an open question, but Trump pulled America out before any of that could be established.

Under President Obama, Secretary John Kerry, along with representatives from Russia, China, France, the United Kingdom, Germany (the permanent members of the U.N. Security Council and Germany, or P5+1), and the European Union brokered a deal with Iran to curb the latter’s nuclear weapons ambitions in return for removal of sanctions and the repatriation of billions of dollars in frozen revenue. Every party to this historic negotiation has reiterated subsequently that it is of global importance and benefit. There is unanimous agreement that Iran is keeping to the deal. Nevertheless, Donald Trump repeatedly claims it is a ‘bad deal’ for America, and he has vowed to stop it. He has until Oct. 15 to recertify it. There is a very good chance that he will not.

Cuba has been a thorn in America’s side since the very early 1960s. Throughout Barack Obama’s presidency, America’s frozen relations with Cuba remained one of the last vestiges of the Cold War. He began with a very high profile visit to Cuba, speaking to millions of people about the need for change. He went on to reopen the U.S. Embassy in Havana and to normalise relations with the Cuban government. In all, detente with Cuba sent a powerful message to the world about America’s capacity to move on from the past and forge a better future. Criticised from the beginning by Donald Trump, then a prospective candidate for the Republican nomination, detente is now being wound back, the U.S. embassy is no longer issuing American Visas. This is due ostensibly to ‘sonic attacks’ on consular staff, but Cuba denies any knowledge of those incidents.

It is a list of formidable achievements. Every single one of them is either under threat, has been, or is in the process of being rolled back. Why?

There are myriad reports of Donald Trump having a thin skin; perhaps his treatment at the White House Correspondents’ Dinner where he was made fun of by President Obama is sufficient? Perhaps President Obama being black explains it? Since entering office, Trump has regularly sided with racists and white supremacists — ‘on both sides’ anyone?

Perhaps they are just low hanging fruit? Trump is no policy wonk. He really doesn’t seem to know what he wants to do outside of the hollow Make America Great Again hashtags. Unfortunately, a vitriolically antagonistic legislature meant that Barack Obama had no choice but to push through reforms and policies with his executive authority. Sadly, Trump’s executive power is sufficient to roll back any of President Obama’s executive orders. Trump likes to say he is getting things done and rolling back previous executive orders is the only way he can do that, even with the whole legislature held by the Republican Party.

I believe it is at least a combination of all three. A racist President who disputed his predecessor’s right to hold office by dint of his birth. A thin-skinned President who cannot stand criticism and holds a grudge like an elephant. A do-nothing President who still wants to bask in high approval ratings. In dangerous combination, this is a malicious travesty and a vindictive trashing of all the good work done by President Obama.🔷