Virgin Trains’ recent decision to decide not to include the Daily Mail amongst the publications it offers its West Coast customers has received predictable howls of outrage.


The foreign secretary, Boris Johnson, found time in his busy schedule to condemn it as “pompous, censorious and wrong”. For some, of course, these criticisms might equally be applied to the Daily Mail itself. Either way, this story brings to light a host of contradictions.

Virgin Trains’ decision was, in part, a commercial one: as a Virgin spokesperson put it, the Daily Mail “is not compatible with the VT brand and our beliefs”. As a private company, it can choose not to stock the Daily Mail just as it might choose not to stock a particular brand of crisps. Had the railways remained in public ownership, of course, the matter would never have arisen.

No doubt relishing the irony, the Mail’s bête noire, Jeremy Corbyn, has committed to reversing the ban in a future nationalised railway network. The Mail, of course, supports the privatisation that made such a thing possible.

For its part, the Mail has accused Virgin of “censorship”. Virgin would no doubt retort it has simply made a business decision – one that, as a fellow private company, it is at liberty to do. You pays your money, you takes your choice (there are, after all, plenty of other places to buy the Mail).

Indeed, to force private train companies to carry a particular newspaper selection would be just the kind of state interference the Mail so often rails against. The Mail steadfastly resists any attempt to regulate newspapers, so it can hardly argue that the state should intervene in its favour and oblige a private company to stock it.

The Mail’s use of the word “censorship” in a free market does, however, raise an interesting philosophical question: can a private company which chooses which information and viewpoints to offer its customers be guilty of censorship? I would offer a cautious “yes” – but the Daily Mail would reply with a thundering “no”. Does the Daily Mail offer its readers a balanced discussion or a wide range of views on immigration, Brexit or politics in general? Of course not.


Is this press freedom?

The 4th Viscount Rothemere is free to appoint whoever he likes to edit his newspaper – and his editor, Paul Dacre, is free to promote his right-wing views by favouring certain stories. That is how both would interpret the phrase “freedom of the press”.

This freedom is not extended to journalists, any more than Virgin gives its workers the freedom to do as they please. So, for example, the former journalist Liz Gerard has documented in comprehensive detail on her blog Sub-Scribe the sheer volume of the Mail’s anti-immigration coverage. 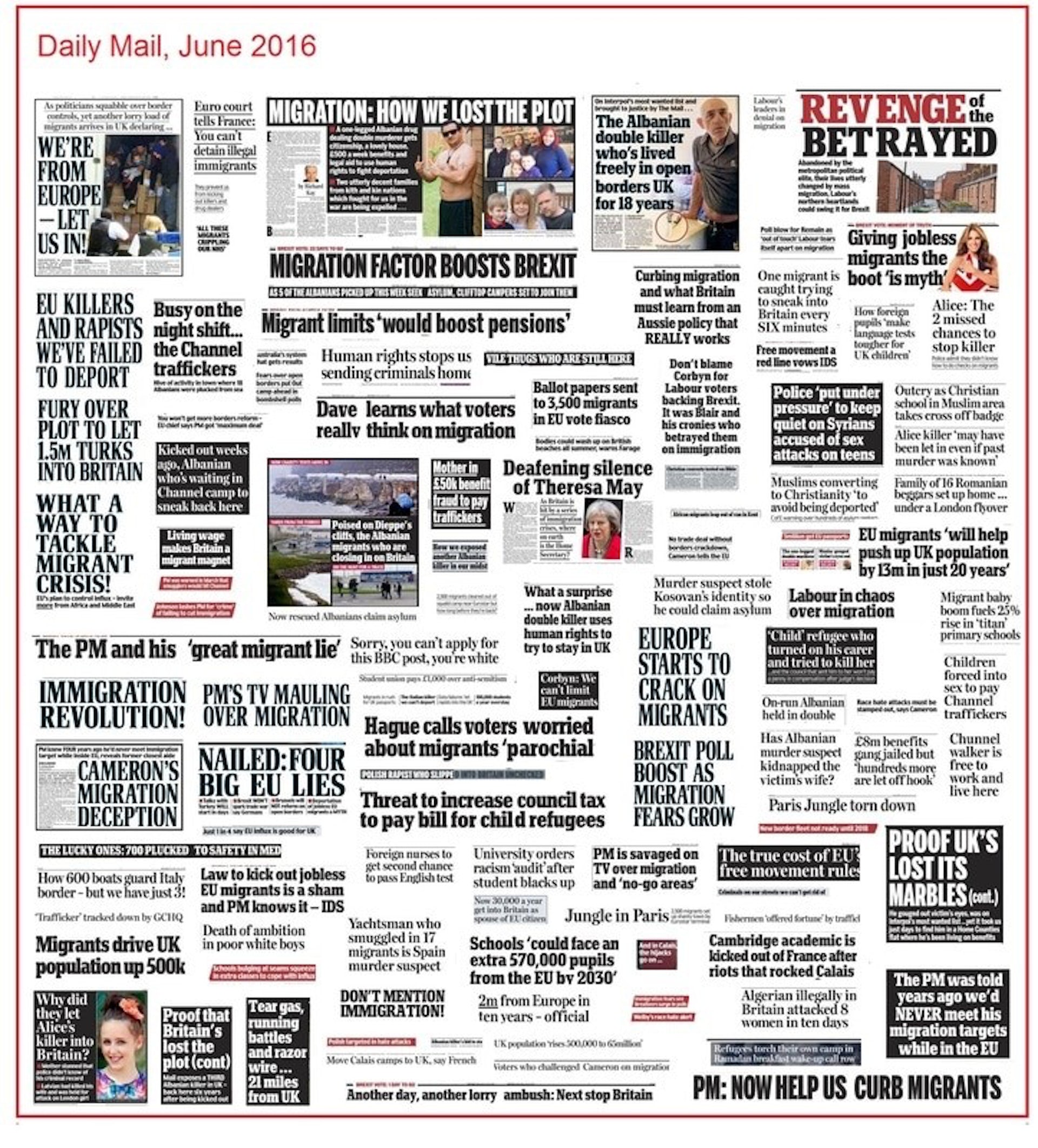 In 2016, she writes, the Mail and the Express “printed 1,768 pages that included at least one such story, making an average of more than three per issue for the Mail and two for the Express. If every page were laid side by side, they would stretch for a third of a mile”. Needless to say, the coverage was “overwhelmingly negative”.

It’s not surprising, in this context, that most people believe that immigration has a negative impact on public services. Any Mail journalist who wanted to write a series of articles reporting the economic data that suggests just the opposite would almost certainly struggle to get their work published. Tales of marauding, feckless, job-snatching, public service-sapping migrants abound – while stories of economy-boosting, tax-paying immigrants are decidedly thin on the ground.

In much the same way, the Mail, along with most other Brexit supporting newspapers, offered a highly one-sided account of the benefits of leaving the EU. Research by Lucy Bennett and Inaki Garcia-Blanco of Cardiff University shows that this extended to their letters pages.

The above table shows how the Mail, along with the Telegraph, Sun and the Express overwhelmingly favoured letters supporting a Leave vote. In this instance, the most extreme imbalances were in the Sun and the Express, who between them printed 318 letters backing Leave and only one backing Remain.

The Mail would argue that whether on Brexit or immigration, this isn’t censorship but – to paraphrase Virgin – simply “compatible with their brand and beliefs”. So whatever we might think of Virgin’s decision to stock what it wants, or the Mail’s decision to report as it sees fit, this is a story rich in double standards. Stymied by a privatised rail network, the Mail has, ideologically speaking, been well and truly hoisted with its own petard.🔷