Time to fire all politicians!


Isaac Newton Farris Jr. makes the case that it is now time to completely remove Republicans and Democrats from having anything to do with drawing election district lines. 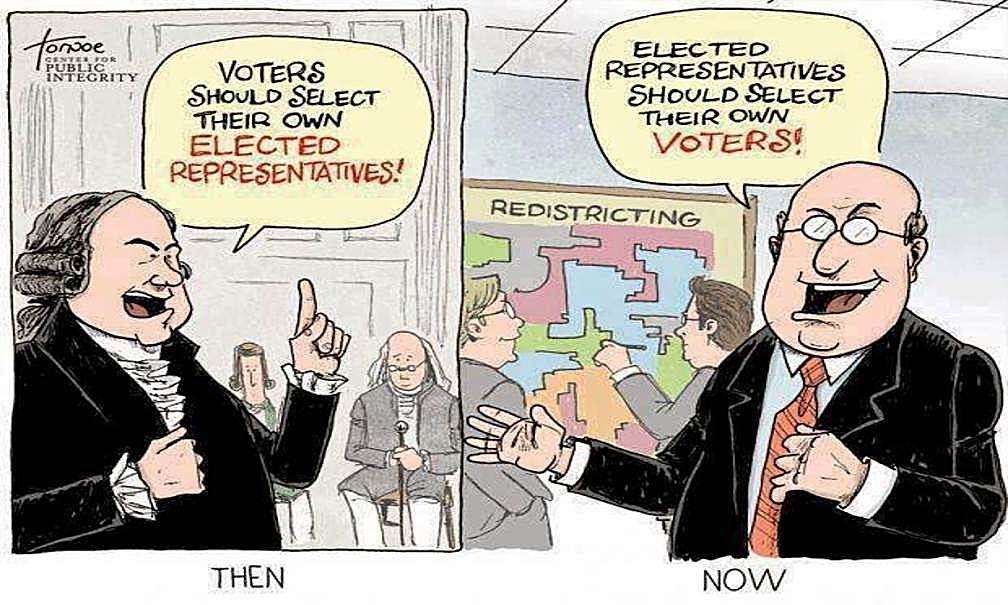 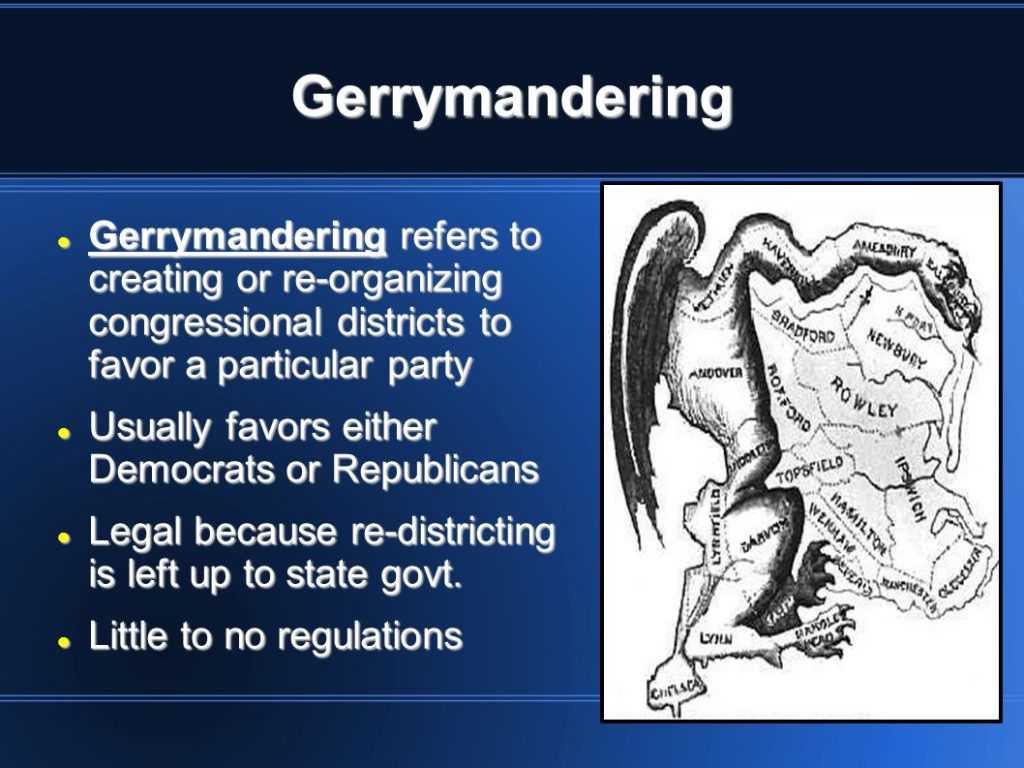 The Supreme Court’s North Carolina ruling upheld a federal district court decision that struck down the state’s 1st and 12th congressional districts, because state lawmakers had packed black voters into them thereby minimizing the influence of black voters in other districts. Justice Elena Kagan writing the opinion for the majority said the 1st district “produced boundaries amplifying divisions between blacks and whites,” while in the 12th, “race, not politics, accounted for the district’s reconfiguration.”

The 3 judges in Texas found that Hispanic voters in Texas congressional district 27, represented by U.S. Rep. Blake Farenthold, R-Corpus Christi, were “intentionally deprived of their opportunity to elect a candidate of their choice.” Congressional district 35 — a Central Texas district represented by Democrat Lloyd Doggett of Austin — was deemed “an impermissible racial gerrymander” because lawmakers illegally used race as the predominant factor in drawing it, the judges wrote. 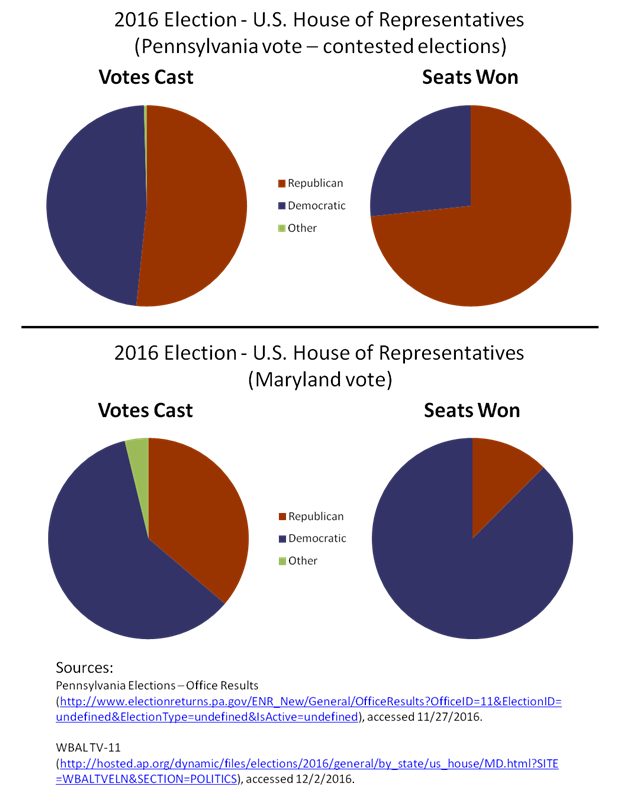 While Pennsylvania Supreme Court’s six-paragraph order did not lay out which provisions of the constitution the justices believed it violated, its decision is assumed to validate the plaintiffs claim that the 18 districts were unconstitutionally gerrymandered to benefit Republicans.

The second thing these 4 cases have in common happens to be the real root of the problem, politicians drawing election district lines. The 2018 case throwing out North Carolina’s congressional map illustrates how partisan politics fosters gerrymandering. As the Washington Post reports Republican leaders in the North Carolina General Assembly openly conceded that the 2016 map was drawn to benefit Republicans. 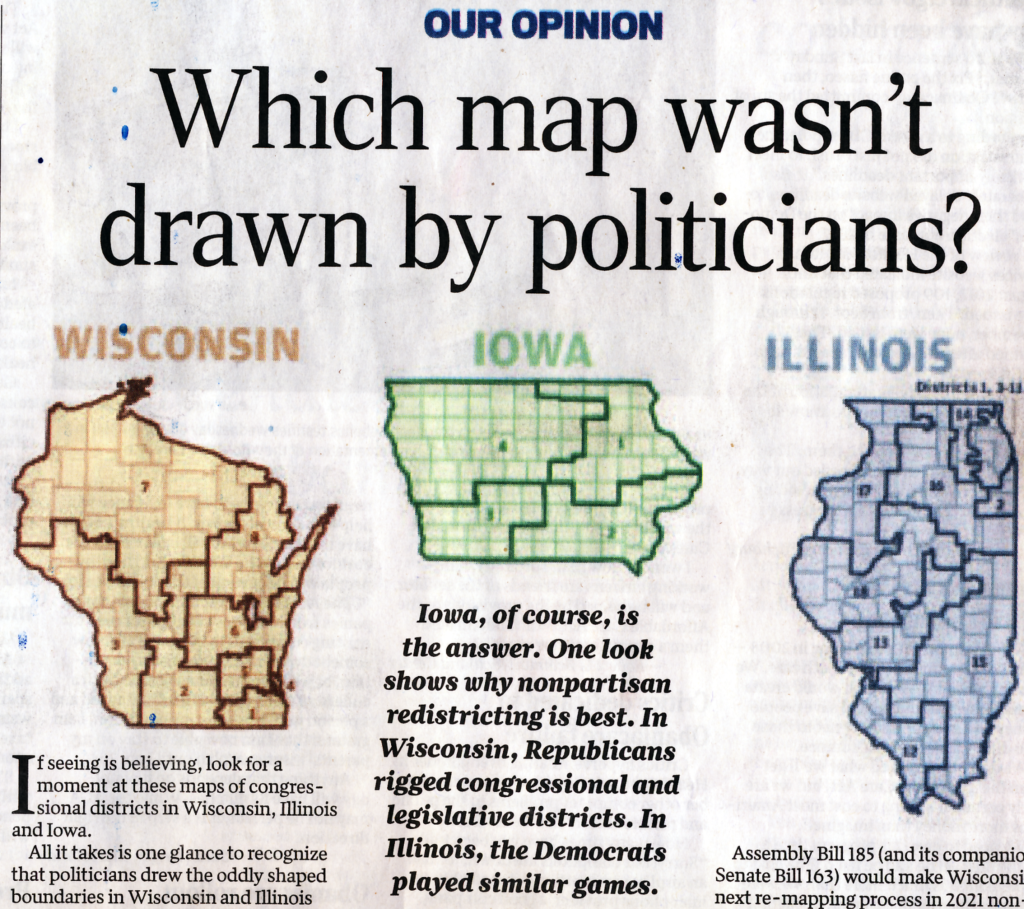 They hired a consultant from the Republican National Committee to draw the map and excluded Democrats from the process, the court panel said. That consultant, the court said, testified that he was told: “to minimize the number of districts in which Democrats would have an opportunity to elect a Democratic candidate.” “Rather than seeking to advance any democratic or constitutional interest,” the panel wrote in a lengthy opinion, “the state legislator responsible for drawing the 2016 plan,” Rep. David Lewis, openly declared that he drew the map to advantage Republican candidates because he thinks “electing Republicans is better than electing Democrats.” But that said the panel, “is not a choice the Constitution allows legislative map drawers to make.” 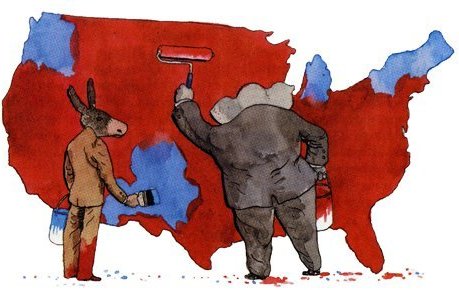 Politicians will always draw election districts in a way that almost guarantees their Party’s election victories.

No politician, Democrat or Republican, male or female, black or white can be trusted to objectively draw election district lines that don’t favor their political party. North Carolina is an example of Republican abuse but Democrats have been and are just as abusive.

The 14 member commission of non-elected officials by law must draw election districts based on only the following 6 rank-ordered criteria: 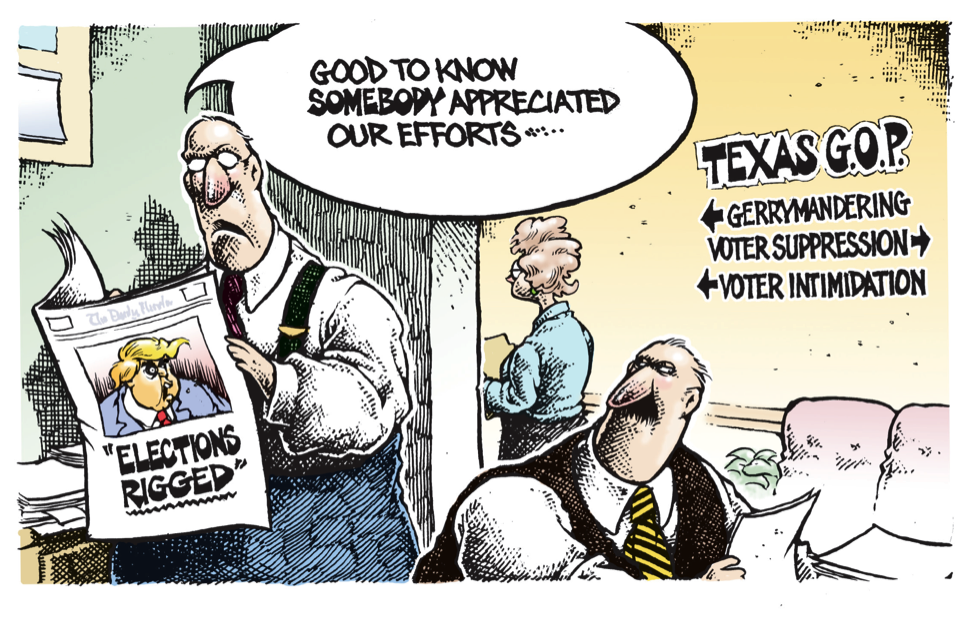 According to the law incumbents, political candidates or political parties cannot be considered when drawing district lines. Independent studies by the Public Policy Institute of California, the National Journal, and Ballotpedia have shown that California now has some of the most competitive districts in the nation.

If the Federal government followed California’s lead, by appointing a Federal Commission of non-elected citizens with the same 6 point criteria for drawing all 435 congressional districts, the current gridlock that exists in Congress would disappear. Phenomena like 90% of all Americans wanting background checks for gun buyers and a Republican-controlled Congress refusing to pass laws to enact them, would no longer be politically possible. 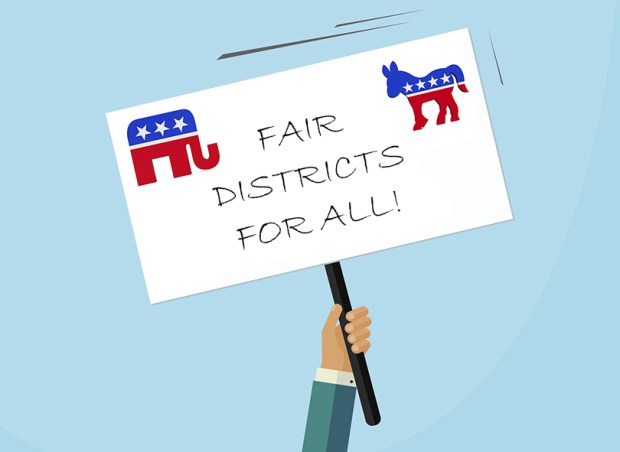 Gerrymandering produces elected officials who represent a distorted voice of the people, true American democracy demands that the voice of the people is totally and accurately reflected through its elected officials. To make this a reality it’s time to fire all politicians and remove them completely from the district drawing process. In other words, the time is over for letting politicians pick voters, now is the time to return to the original logic of our founding fathers who concluded that voters should pick the politicians!🔷


Conservatives in Pennsylvania are still defending their gerrymandered map, even after the state Supreme Court declared it unconstitutional. These lawmakers should work to make their districts fairer instead of continuing to fight for their biased system. https://t.co/drVZhh0C1v

There is no telling exactly what the Supreme Court justices may do with gerrymandering https://t.co/JKMwSDlQ79