Amazon and the scandalmongers.

Moral hysteria is a weapon of mass confusion: a labor activist alleged that Jeff Bezos skimped on warehouse worker’s wages. Then it turned out the activist forgot to pay its research interns.


For the 850 mostly African Americans living in this gritty Cleveland suburb, the decaying Olympic pool in the old shopping mall said it all: North Randall, Ohio, was too small to matter. 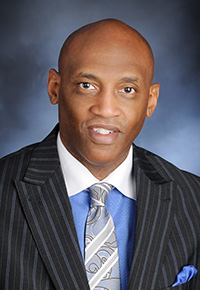 Fortunately, the town’s mayor, David Smith, is a public servant whose job is part-time but clocks in 100-hour weeks in a 10-year old Ford Crown Vic. He is also an incurable optimist. On the town website, he posted: “Adversity builds the character of this community and makes it the best location to start new beginnings with happy endings.” At the time he wrote those words, Smith had no idea North Randall’s luck was about to change.

Amazon sent requests to a number of communities in 2017 inquiring if they wanted to bid on a fulfillment center and its 2,000 new jobs. The Amazon jobs were right smack in the digital infrastructure, came with good wages, benefits, tuition reimbursement, and parental leave. Only there were a number of towns bidding on the project and North Randall had yet to answer an existential question, why should Amazon take a chance on a place on the verge of extinction? The townsfolk crossed their collective fingers.

Twenty-four hundred miles away in Seattle, Amazon’s North American customer fulfillment group concluded its review of the Ohio proposals. According to Vice President Sanjay Shah, the company takes into account a number of factors because “our ability to expand is totally dependent on incredible customers and an outstanding workforce.” When they looked at North Randall, they didn’t see a desperate town in the middle of nowhere, they saw an indomitable spirit.

News of Amazon’s decision leaked out on a public meeting agenda, and Mayor Smith was exultant. “I’m lost for words because we are so fortunate to get this project.”

No one dreams that one day, if they’re lucky, they’ll get a job in a warehouse. But for working class families, the Amazon jobs were a reason to celebrate. The wages, starting at about $14 per hour or $30,000 per year before stock options and bonuses, are the best starting salaries of their kind, according to Digital Commerce, “and significantly exceed federal and state minimums.”

The medical benefits can have a life-changing effect, and unlike more short-term conscious employers or labor unions, Amazon’s package begins day one: Employees who work more than 20 hours receive life and disability insurance, dental and vision insurance with premiums paid in full and partial funding of medical insurance, as well as a 401(k) plan, paid time off and employee discounts.

To help employees develop the skills for a digital future, Amazon grants one of the most generous tuition reimbursement packages in the United States, covering 95 percent of the costs. Nicole Smith, chief economist at the Georgetown University Center on Education and the Workforce, commented that Amazon’s education-related benefits are unique for people with only a high school education, where the job market has crashed.

At Amazon’s 100 fulfillment centers across the country, in one month alone in 2017 alone, the company hired 50,000 workers. But until Amazon showed up, these places were like a mining town without any gold. No one else is offering that scale of opportunity, not big labor, government, and for that matter not Facebook and not Google. Only Amazon. To paraphrase Winston Churchill, small-town America is saying, “give us the jobs, we already have the tools.”

The thunderous cheering from places like North Randall may be why a company as astute as Amazon was taken by surprise. A Cleveland-based labor activist, PolicyMatters Ohio, sent out a press release alleging the company underpaid its warehouse workers to the point they had to rely on food assistance. The intent was to embarrass Amazon not because it employs people who move packages but because they are non-union.

The press release noted: “more than 700 Amazon workers received (food) benefits…or more than one in every 10 of those Ohioans employed by the company.” Then the tearjerker, “It is troubling that so many of those who qualify are working and still don’t make enough to get by.”

It sent the media into a frenzy, but unfortunately, they forgot to check the facts. CNN to Salon.com, Slate, and Huffington Post, and others echoed a populist rant, “Jeff Bezos deemed richest man in the world while Amazon warehouse workers suffer grueling conditions.” Money worshippers like CNBC and The Street made it about employee fairness: Amazon Warehouse Employees’ to Jeff Bezos — We Are Not Robots. Although the whole story was a red herring, journalists ate it up because Jeff Bezos in the same headline as food stamps was delicious schadenfreude.

More to the point, PolicyMatters Ohio claims were based on statistical sleight of hand, the skill a con artist uses to fool a ‘mark.’ In this case, the mark was the media.

For instance, the difference between part-time and full-time worker’s wages were intentionally blurred. In Ohio, in order to qualify for food assistance, income for a family of two must fall below $20,826. Amazon confirmed its warehouse salaries with fact checker Snopes.com are in the range of $15 per hour or $31,000 per year, before stock and performance based bonuses.

The labor activist implied 700 Amazon employees were on food stamps because someone in the household also received assistance. That was like inferring from a list of employees with children that the company employs child labor.

The third flaw was leaving a false impression that Amazon knew which employees were on assistance. Privacy laws prevented Amazon from finding out who those employees are, and Business Insider confirms the law of large numbers is the culprit, not Amazon: “Other large employers in the state, like Walmart, Kroger, Home Depot, the Cleveland Clinic, and Target also have employees that draw benefits.”

The fourth oversight was to conceal the ways someone can qualify for food assistance, leading readers to believe the wage level is problem. Compassionate social programs like Ohio’s also offer assistance for a number of reasons, for instance, if a family member is elderly or disabled. That is why, according to Snopes, “This circumstance might well qualify someone for food stamps even if their hourly wage at Amazon were otherwise not too bad.”

There are two inviolable rules of good journalism, and the first is to get the facts before you form an opinion.

In the big data, crowdsourced world, checking an employer’s reputation is easy. Glassdoor, the Yelp of employee review sites, reveals how actual employees feel about their company’s wages and benefits. It can also identify who is the labor advocate and who is the publicity hypocrite.

An employee of PolicyMatters Ohio posted a review complaining that as a research intern they weren’t paid any salary, which is ironic given the focus of the research was on blue collar wages. It is also the case that, according to expert Alex Granovsky, “unpaid internships are nearly always a violation of Ohio and Federal law under the Fair Labor Standards Act.”

Arianna Gets All The Scratch

That second rule of journalism is follow the money. This line of inquiry had a shocking revelation: people aiming for a media career might be better off taking a job at an Amazon warehouse. Glassdoor was quite revealing on the matter of pay and worker conditions at media companies as well as Amazon warehouses:

At The Street, the hourly rate is $10.12, and may explain why employees at “booyah” Jim Cramer’s stock tip website disparage the atmosphere: “People sit and stare at their computers. I go home and am in a depressed mood because I didn’t speak for 8 hours.” *

At Verizon-owned but uber liberal Huffington Post, the tagline is ‘know what’s real,’ so they will applaud our telling you the hourly rate, at $11.87, may be why employees say “40% of the staff was drunk. They fire everyone and hire back at half the rate. Work-life balance is off. Arianna gets all the scratch.”

Compare those to an Ohio Amazon warehouse worker where the hourly rate is $14 an hour, and as an employees notes, “Benefits from day one. I only pay $16 for medical dental and vision. The trainer I had was awesome and the atmosphere is awesome. Right off the bat you get 10 hours personal time.”

This suggests the media is dreadfully elitist, if not downright hypocritical, towards the blue collar world. Journalists see a high school educated warehouse worker making $12 an hour, they call it slave wages. But if they hire an Ivy League graduate as a reporter at $25,000 a year, which also computes to $12 per hour, somehow that’s following your passion.

In 2018, the most important question to ask about Amazon is not its stock price or how rich is Jeff Bezos. They key metric is how many people’s lives are enriched by the opportunity of working across a wide variety of disciplines, locations, and sectors of the digital economy?

As Bezos might say, the answer to that question begins with a number: 566,000. That is the number of people employed by the company today, making Amazon the second largest employer in the United States, more than the unionized labor forces of the U.S. Postal Service at 508,000 and far more than General Motors’ 209,000. Facebook’s 25,000 employees are a small gathering by comparison.

While Bezos moves the company forward through a combination of vision, skill, and high ideals, and with unflagging energy and administrative brilliance, he knows his employees are his most valuable asset. As every equity analyst pleads to change his long term ways, Bezos snubs Wall Street by over-investing in people and in the communities where he drops anchor.

Progressive leaders have publicly praised the company for these reasons. If the media and big labor can get over their parochial hysteria, even they will admit there is something for everyone to love about Amazon.🔷


(This piece was first published on Chief Executive Magazine.)

The Brexit Hour – Why Nigel Farage could be our Churchill.

We need to talk about my friend Dave.

Danone’s CEO has been ousted for being progressive – Blame society not activist shareholders.

Lifting lockdown: How much should we listen to the views of business?

Can managing climate change ever be good business?