We only lost a battle. Let’s now fight on for truth and decency.

Boris Johnson and his government will continue to promise the moon, the sun and the stars, whilst destroying the country. We must hold them to account.

During the General Election campaign, Boris Johnson and the Conservatives spent millions of pounds to bulldoze-post social media with false claims, fake news and lies in order to win the election.

Indeed, 88% of Conservative ads on Facebook were found to contain misleading claims.

And it worked! They have achieved a very comfortable win in the election with a majority of 80 seats in the House of Commons, and reduced the opposition to crumbles.

Now is not the time to give up the fight for truth and decency. We all know too well that Boris Johnson and his government will continue to promise the moon, the sun and the stars, whilst destroying the country with their bulldozers.

“I want the people of the north-east to know that we in the Conservative party, and I, will repay your trust. Everything I do as your prime minister will be devoted to repaying that trust.”
(Boris Johnson’s speech in Sedgefield, 14 Dec 2019.)

We must accept that we have lost the battle for a Peoples’ Vote and for Remain, but it was nevertheless a battle worth fighting for.

The results of the General Election are very painful to look at, even depressing to some of us, especially the most vulnerable in our society who will suffer the most the consequences of Brexit and another 5 years of Conservative rule.

But we must now recharge the batteries, and prepare to march on again after the new year with new battles also worth fighting for in order to hold the Conservatives to account.

We only lost a battle. Let’s now fight on for truth and decency.

And so, the need for credible news is more relevant now than ever before to help our readers make fully-informed decisions in future elections.

At PMP Magazine, our new mission for the next five years of Conservative rule is to provide our readers with a FREE political public service that will:

Together, let’s get after it!

With PMP Magazine, no billionaire owner, no biased agenda, but a grassroots journalism that offers factual stories about Brexit, Boris Johnson, Donald Trump, the European Union, Climate Change, the rise of populism and nationalism, or Russia’s interference in the world’s politics.

And to keep going, we need your support. We have thus created a Crowdfunder you can help us with by contributing today, and so help us to reach our goal. Will you help us today?

We rely on small donations from our supporters to keep PMP Magazine editorially independent. With your help, we can continue to hold power to account and challenge populist politicians’ misguiding claims, lies and irrelevant information designed to intentionally mislead the electorate, because our mission is not to act as cheerleaders for any government or any political party, but to be a beacon of light amid the current political darkness. 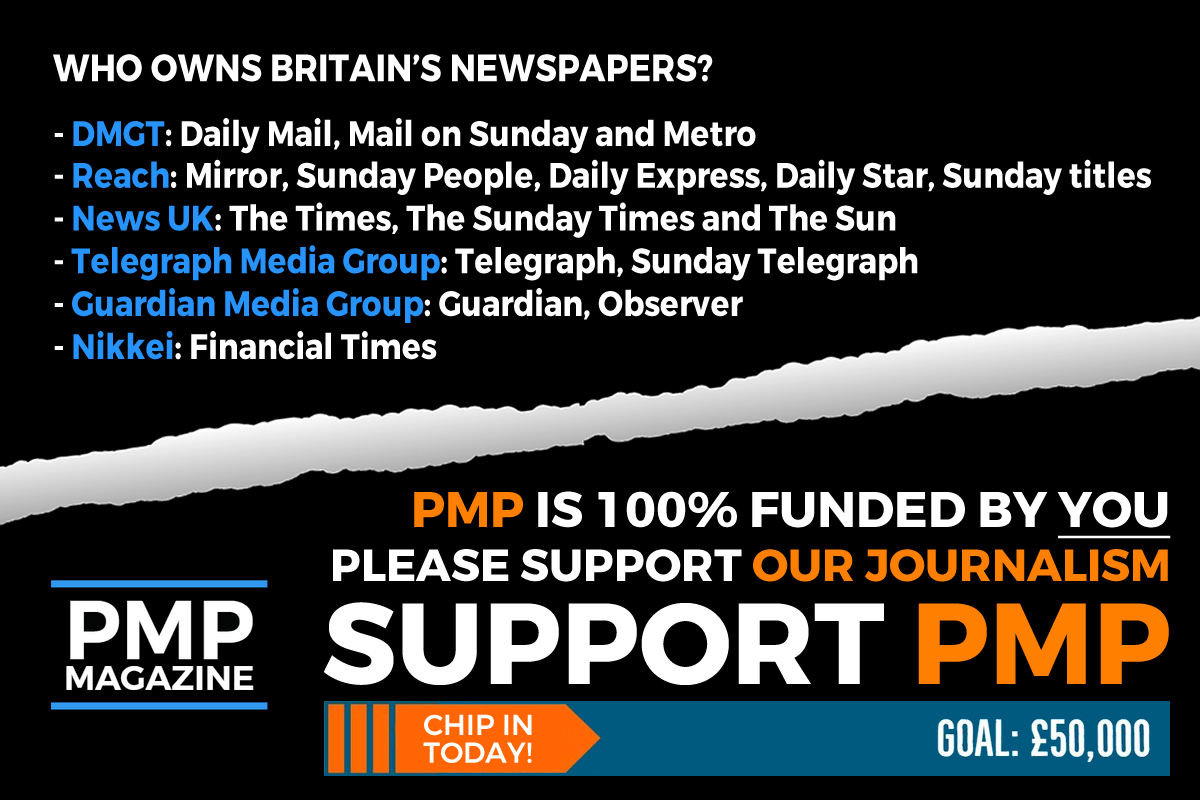 We are looking towards expanding our work and offering a real evidence-based political and public service, FREE pro-European magazine to more readers every day. With your support, we can keep improving our magazine, publish more articles, and fight populism, nationalism and the fake stories out there with real ones...

Please help us to keep PMP Magazine going with a direct contribution today, and hold Boris Johnson and the Conservatives to account for the next 5 years:

[This is an original piece, first published by the author in PoliticsMeansPolitics.com on 15 December 2019. | The author writes in a personal capacity.]

Greta Thunberg is right to be deeply disappointed but for the wrong reasons.

Vote tactically. Keep the Tories OUT of Number 10.