No, we should not deny foreign nationals jobs in healthcare.

I would rather be treated by someone based on their ability rather than their nationality, wouldn’t you?

Last Friday was attack foreign born health care staff during a pandemic day for Migration Watch. Let’s look at their tweets objectively, shall we? 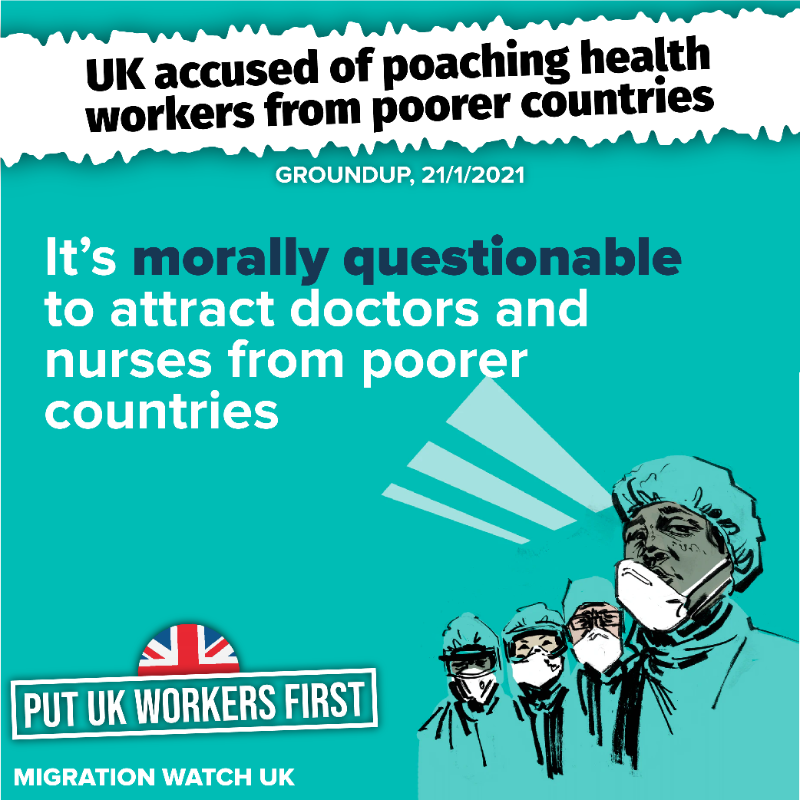 First off, the key statistic. Non-UK nationals make up about 12% of the healthcare workers in the UK.

These workers aren’t being “stolen” from other countries for starters. They chose to come. What Migration Watch is effectively saying here is the foreign born nationals should have no agency over their actions.

It is a common argument, also know as the “brain drain” argument. What it often ignores are “remittances”. This is particularly important for developing nations where money sent back by those working on developed countries exceeds other forms of foreign national investment.

This money in turn can be used to improve services, training, and infrastructure – meaning it has far more overall impact than the labour of one individual would have if they had remained to work there. 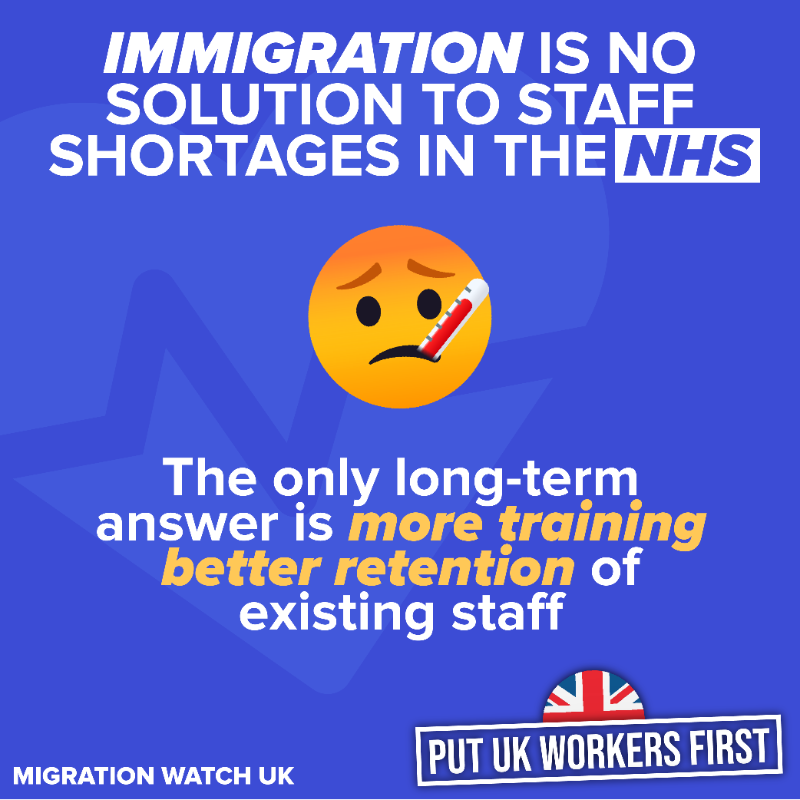 What about this claim though?

Assuming – and whenever dealing with Migration Watch, you have to take assumptions with a bucketful of salt – the claim is correct, they don’t expand on why applicants are refused.

It is back to the old, “there are X number of unemployed nationals. Why do we allow migrants to work” argument. It is meaningless. People have different aptitudes.

I don’t know about you, but I would rather be treated by someone based on their ability rather than their nationality.

It is implied in Migration Watch’s tweet that just because someone was born in the UK they are more capable at becoming a healthcare practitioner than someone born elsewhere. The simple application of logic tells you that it isn’t accurate.

That is before we look at the ongoing skills shortage within the healthcare sector. NHS England reported a shortfall of 100,000 last year, and adult social care faces one of about 122,000.

Based on Migration Watch’s premise that we should be denying foreign nationals jobs in healthcare and British nationals should be given them – with or without aptitude – to fulfil them, question has to be asked, why British nationals aren’t already filling the vacancies we have?

It is a bold move by Migration Watch to target non-UK nationals working in the healthcare sector during a pandemic, and by bold I mean ignorant and harmful.

If they care about jobs they might be better off helping to fill the existing gaps rather than trying to create more.

[This piece was first published as a Twitter thread and turned into the above article on 25 February 2021 with the purpose of reaching a larger audience. It has been minorly edited and corrected, and published with the author’s consent. | The author of the tweets writes in a personal capacity.]

Furlough scheme: UK has no choice but to extend it, but there are serious risks.