Could the press’s increasingly hostile campaign against the Sussexes lead to the fall of our toxic tabloid culture?

“I would sit up at night, and I was just, like, I don’t understand how all of this is being churned out … And I just didn’t want to be alive anymore.” This stark admission from the Duchess of Sussex during her and her husband’s much-anticipated interview with Oprah Winfrey captures how press treatment of Meghan drove the couple’s decision to step back from royal duties.

In the run-up to that interview, with uncanny timing, damaging stories about the couple have emerged from the palace, which seems distinctly rattled by the couple’s determination to speak out. Predictably, these allegations have been seized upon by a British press that thrives on reporting – and fomenting – royal discord.

The previous week, the Times broke a story that a bullying complaint had being lodged against Meghan while she was living at Kensington Palace. The complaint had been made over two years earlier, but royal aides had only just approached the Times in order to “tell their side”.

These timely leaks included the suggestion that Meghan was given earrings by the Saudi Crown Prince Mohammed bin Salman shortly after the Saudi journalist Jamal Khashoggi had been murdered, a wardrobe story deemed sufficiently heinous to warrant a dedicated tweet. Clearly, the Oprah interview is concentrating minds.

Where the press goes, some TV programmes follow. Bethan Sayed, a member of the Welsh parliament tweeted a picture of how ITV’s Good Morning Britain (hosted by Susanna Reid and Meghan-critic Piers Morgan) chose to cover the story, with a revealing picture of four ageing white men on a Zoom call. Her accompanying text read: “5 men character assassinating a woman. No wonder Meghan left the UK.” 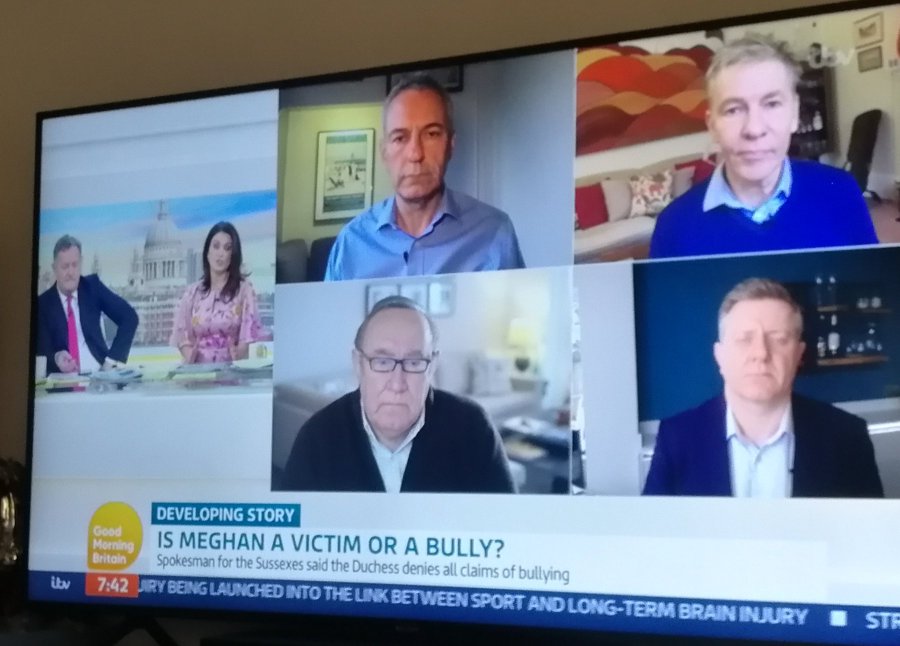 As one journalist put it: “We’re getting to the point where if Meghan Markle were to take a posy offered to her, the press would report it as: ‘Evil Duchess steals flowers from child.’”

This kind of visceral hostility is not new. When Meghan launched her legal action against the Daily Mail in October 2019 for publishing a private letter that she wrote to her father, Prince Harry referred to Meghan as “one of the latest victims of a British tabloid press that wages campaigns against individuals with no thought to the consequences – a ruthless campaign that has escalated over the past year.” He spoke for many victims of Britain’s toxic tabloid culture when he continued: “Put simply, it is bullying, which scares and silences people.” 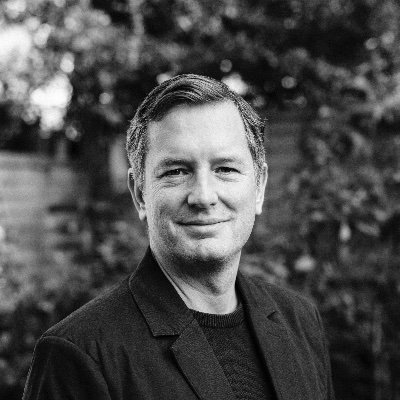 The tabloid media’s ever-expanding charge sheet of distortion and vindictiveness towards the Sussexes is extensive, and sometimes beyond parody: one particularly absurd Mail headline from 2019 read: “How Meghan’s favourite avocado snack…. is fuelling human rights abuses, drought and murder.”

The sheer volume of hostility was captured by a BuzzFeed article which juxtaposed headlines about Meghan and Kate Middleton to demonstrate how Meghan was routinely vilified for behaviour that the same papers applauded in Kate. This treatment isn’t always confined to the tabloids, however. The Telegraph, for example, was equally happy to headline a highly tenuous link with terrorist groups in 2018.

Underlying some of this reporting has been implicit and unpleasant racism that refers coyly to Meghan’s “exotic DNA” or labels her as “straight outta Compton”, carrying the unambiguous message that she is “not one of us”. In her Oprah Winfrey interview, Meghan all but confirms that the racism she experienced extended into the royal family itself.

The reasons behind the media’s malice

How do we explain this apparently visceral hostility to the Sussexes? There are at least three reasons.

First, there are the legal cases which both royals have brought against the press and comprehensively won. Last month, Harry won an apology and “substantial damages” from the Mail on Sunday and Mail Online for publishing false allegations that he had turned his back on the Royal Marines.

Ten days later, Meghan won her privacy case against the same publisher in a summary judgement in which the judge called publication of her father’s letter “manifestly excessive and hence unlawful”. The British press does not like being bested in court, and the Mail in particular will be looking to exact revenge.

The Daily Mail’s front page on 11 January 2020 suggested that the public was
furious over Prince Harry and Meghan’s decision to step back from the royal Family.

Second, there is the commercial imperative: sales and clickbait. The royal family sells newspapers and attracts online readers. In the pre-electronic era, every publisher knew that a front page picture of Princess Diana would be guaranteed to shift copies from newsagents, street sellers and garage forecourts. Today, casual readers are drawn to headlines on social and online media, which are fed by a worldwide fascination with the Royal soap opera.

Every soap opera needs its heroes and antagonists. Britain’s tabloid press has demonstrated over the years how adept it is at creating fairy tale princesses and pantomime villains, regardless of the impact on the individuals themselves. Stories are embellished, distorted or simply manufactured to generate more clickbait and thus more revenue.

Third, there is a longstanding culture in British print journalism that, as far as celebrities are concerned, their business is our business. At one level, this is an entirely appropriate journalistic imperative to hold power to account (think, for example, of the Prince Andrew interview on the BBC’s Newsnight).

Too often, however, the norm of journalistic scrutiny is exploited as a fig-leaf to justify monumental invasions of privacy and downright lies that cannot be justified by any arguments around accountability. A healthy journalistic culture knows the difference between exposing incompetence, corruption or dishonesty in high places and the vindictive hounding of individuals designed simply to maximise corporate profit.

It is just possible that the press in this case has overreached itself. Its vilification campaign is transparent and is being called out on social media in the UK and US. As legacy newspaper circulations continue to fall, such grievance-driven journalism looks increasingly like an ageing relic from a bygone age. Even before the current pre-Oprah drama, Guardian columnist Marina Hyde wrote that “Much UK media reaction to Meghan and Harry reeks of this gathering powerlessness.”

No doubt more vicious headlines will greet the Sussexes after Sunday’s interview. But we may just be witnessing the decline of a toxic tabloid culture that treats individuals – ordinary people as well as celebrities – as sensationalist copy fodder. If so, it will be good news for British journalism.

[This piece was originally published in The Conversation and re-published in PMP Magazine on 8 March 2021, with the author’s consent. | The author writes in a personal capacity.]

Is the vaccine rollout protecting teachers and parents?

COVID-19 could nudge minds and societies towards authoritarianism.

How will the COVID-19 pandemic play out this winter?