Government plans draconian punishments against peaceful protesters, mirroring some of the most authoritarian nations on the planet.

The image below is utterly horrifying. Bear in mind, the government of every country on this list is signed up to the Paris Climate Agreement, promising to do everything they can to limit global heating to well below 2°C.

List of the deadliest countries for the killing of environmental defenders in 2019. | Global Witness

Number of Killings by Sector in 2019. | Global Witness

The data above is almost certainly an underestimate. What is also almost certain is that this violence is carried out by people fully protected by the resources of governments and huge corporations with financial and other interests.

The bravery and resilience of activists in these countries today cannot be overstated. And, don’t forget that they are only asking that the government of their country acts on the promises it made in signing the Paris Agreement.

In November this year, the next meeting of world leaders to discuss and agree the next steps takes place in Glasgow at COP26. In the UK, we have a miserable recent record of inaction on climate and, as everyone is well aware, the government talks one way and acts in another – always in the interest of the wealthy, and to benefit global corporations.

Now, we learn that the UK government – to nobody’s surprise – is listening to its worst authoritarian instincts and is planning legislation aimed at further stifling legitimate protest and punishing those who seek only to highlight current or historic injustice or who ask that a government in a democracy keeps the promises it makes.

Brexit, the great lie, is still being touted to the world as a great welcome from a newly liberated, open, and responsible government. The reality, as ever, is entirely different. 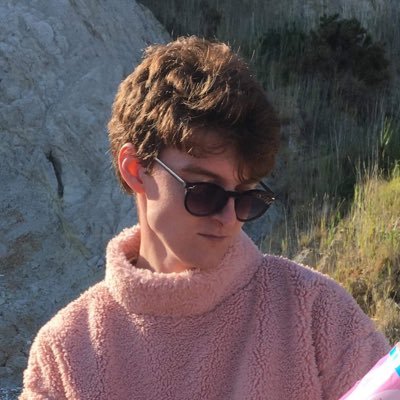 Nothing from this government speaks of welcome. Everything shouts of a small and frightened nation terrified of its own population and resorting to ever more draconian measures to retain a grip on power.

This is not the action of a relaxed, confident, and happy country.

As lockdown restrictions start to ease I intend to use that opportunity to protest as loudly as I can. For me, the greatest existential threat for the rest of my life will be the climate crisis.

Never think your country can’t end up on the list at the top of this piece.

[This piece was first published as a Twitter thread and turned into the above article on 12 March 2021 with the purpose of reaching a larger audience. It has been minorly edited and corrected, and published with the author’s consent. | The author of the tweets writes in a personal capacity.]

Trump acts like the future of the GOP. Is he?

Sarah Everard: Social media and the very real danger of contempt of court.