Ill-informed Priti Patel’s announcement of her New Plan for Immigration policy paper is nothing but a heartless and cruel kicking of the most vulnerable human beings.

Let’s clear this up right now, it is not illegal to seek asylum, or cross channel for that matter. There is also no legal requirement on asylum seekers to seek it in another safe country first. The delays in the system are all down to the government, not asylum seekers.

You cannot make a system fairer by making it more discriminatory.

What Priti Patel is pitching here risks creating a narrative of “good vs bad asylum seekers” and fails to recognise that people fleeing persecution often don’t have a chance to wait for a government resettlement routes.

Creating this conflation in people’s mind with people seeking asylum and illegality is a dangerous move which will just place vulnerable asylum seekers at more risk from the likes of the far-right who we have already seen attacking them.

Likewise this idea that those crossing by one route as opposed to another aren’t in genuine need.

Only last year France was found to have violated refugee rights. There is a good reason why it may not be safe for them, and crossing the country doesn’t make them any the less “genuine”.

It is also worth noting that – particularly in the case of asylum seekers who are trafficked as opposed to smuggled – they often don’t know where they are going to end up, so this new policy makes absolutely no difference whatsoever.

It is worth coming back to the use of language in the Home Office announcements before Priti Patel attempted to defend it on the BBC Radio 4’s Today programme.

We are indeed back to conflating the asylum system and the immigration system, despite them being two separate entities. It is back to the “queue jumping” idea.

The system isn’t being exploited by anyone other than the government right now.

People are often forced to use smugglers. Even resettlement routes provide only limited movement and account globally for 4% of asylum seekers. The use of them doesn’t negate the need of a refugee.

Remember that refugees are protected by international law.

It is illegal to penalise a refugee for their manner of entry under international law. The UK courts have just ruled that refugee status is “declaratory” and refugees cannot be removed until their claims are processed.

This pretty much guarantees that Priti Patel’s plans will be tied up in the courts for years, which is what she wants as it allows for a never ending cycle of blaming “activist lawyers” for government failures. It will, however, increase costs to taxpayers.

Considering she is making out policies designed to reduce costs – and anyone can see: paying countries to take asylum seekers, building new detention centres, etc. will only increase costs even before legal challenges – it makes a mockery of even her supposed arguments to her base.

I am predicting the Home Secretary’s line on the Today programme and elsewhere today will be “genuine refugees stay in the first safe country”. Rather than rewriting it repeatedly, it is worth reading this piece on why countries you or I may consider ‘safe’ may not be for asylum seekers:

Her plans will also not tackle traffickers or smugglers. All it will do, if you send people back to countries they feel unsafe in, is create a never ending cycle of them being forced into the hands of them.

The refugee convention specifically prohibits imposing penalities on refugees for their manner of entry into a state or for crossing other countries to reach a country which they feel safe in. 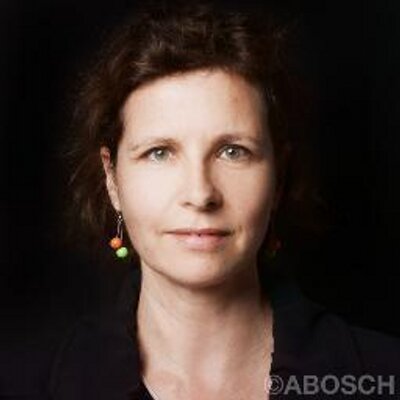 It is interesting that the Home Secretary was completely unable to answer a question about agreements with other countries to return asylum seekers on the Today programme. You cannot return someone to an unsafe country, or to a country which has not agreed to take them.

Priti Patel’s comments today haven’t just misinterpreted the 1951 Refugee Convention, they have completely reversed its position. I cannot see any way that the proposals, as they have been put out today, could do anything other than violate Article 31 of the Refugee Convention for starters.

[This piece was first published as a Twitter thread and turned into the above article on 24 March 2021 with the purpose of reaching a larger audience. It has been minorly edited and corrected, and published with the author’s consent. | The author of the tweets writes in a personal capacity.]